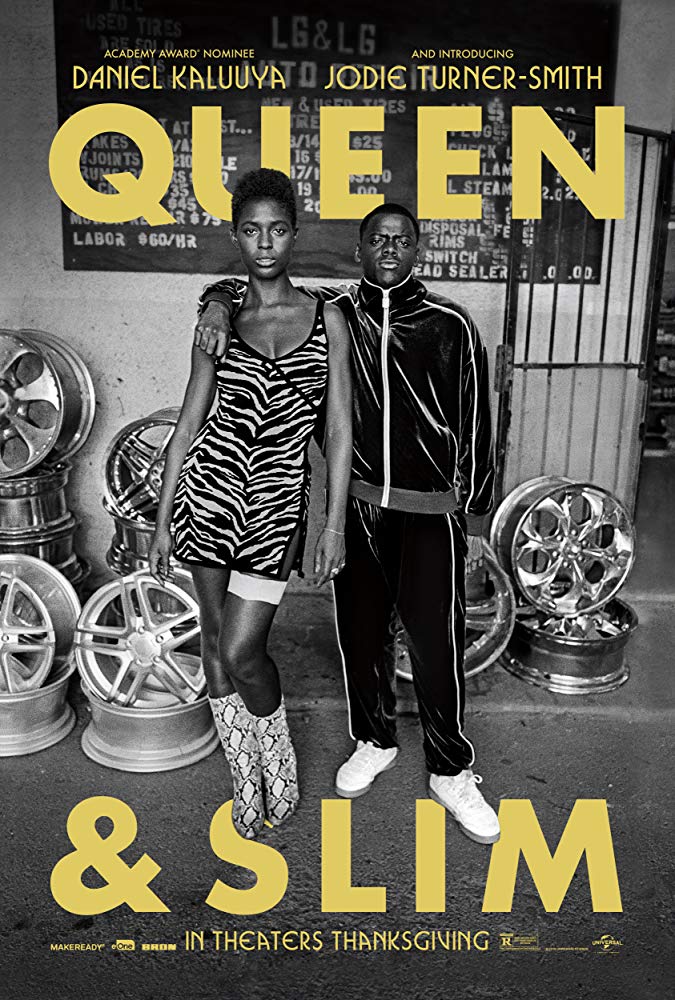 Starting with an awkward Tinder date, Queen & Slim suddenly hits the road at full speed to escape the law after accidentally killing a racist police officer. The movie puts a romantic and timely twist on the escaping the law formula used for a long time across our cinema screens. Queen & Slim simultaneously tells a gripping story of an African-American couple falling slowly in love in the wake of a crisis, then forced to go on the run with no plan regarding what comes next, making the whole quest feeling hopeless.

Even though similar storylines may be used in previous films, Queen & Slim feels entertainingly original and unique. This is mostly because of how the storyline was built together. They found the right amount of wit and rawness in developing a love story within the chaos of the end of their first date. You then had the real-world headlines in newspapers, radio and television highlighting the danger they were in and giving the movie a realistic feeling stressing the tragedy and pain.

The two main characters, the protagonists, centre on Queen (Jodie Turner-Smith) and Slim (Daniel Kaluuya). Driving home from their extremely awkward date, they have a fatal encounter with a tripper-happy police officer, forcing them to be on the run from the law. Queen is an attorney and knows full well that because of their skin colour, no one will believe that it was self-defence even with compelling dash cam footage.

The sudden realisation hits both characters different. Slim reacts in panic and disbelief, telling himself that “I’m not a criminal“, while Queen reacts more numb to the situation, fully knowing what needs to be done next, she replies “You are now.”

The contrast in their relationship was key, from the first date the uncomfortable banter clearly indicates that the pair doesn’t get on. But when their lives get turned upside down, the chaos forces their relationship to unfold under the extreme circumstances. At first there is a lot of frustration between them and while the intensity of their ordeal gradually forges a bond between them.

This classic storyline did incorporate a modern twist, with the dash-cam footage going viral; Queen & Slim became heroes in the black community. This didn’t help them fly under the radar as much, but it did help with meeting people along the way who recognised them, treating them as a movement. You also had a glimpse where their ordeal gave a negative effect, with a young black man shooting an officer in the face. The media portrayed the couple as cop killers, showing the potential corruption in local media towards the black community.

During the film, there were parts where Queen and Slim were talking but not showing their lips moving. I am still unsure what this brought to the film and made me feel slightly uneasy when watching. The film’s pace seemed a bit stop and start, from racing away from the law to having time to have sex or visit a grave. If my life was in danger, I would make it my number one priority to get to safety.

Queen & Slim is one of those movies where the audience leaves discussing what they saw and the shock of the brutal divide that still exists for BAME communities. Being based on true events makes you realise how the fight for equality is still at large. If this film opens people’s eyes, starts a discussion on this important topic, then the journey  on the long road has only begun.